It’s been more than a week since WordCamp Sacramento 2017–time spent partly on recovering and partly on work–but thanks to the notes I took and my live-tweeting habit, I can reconstruct enough to produce something of a highlight reel. Here are some of the many things I enjoyed about the event.

San Francisco gets most of the tourist attention, but in a lot of ways Sacramento is a much nicer city. For one thing, you can park there. For another, it’s fairly flat, which makes walking easier. It has gracious Victorian neighborhoods, hipster restaurants, several museums, and the Gold Rush-Era Old Town. This year’s event was at the Sacramento Convention Center, bang in the middle of everything, and we rented an Airbnb a short walk away.

At WordCamp Sacramento 2015, we actually had a sit-down speaker dinner at Ten22, a lovely restaurant in Old Town. It’s not practical (or necessarily a good use of WordCamp funds) to have a sit-down dinner when there are 50 speakers, even if not all of them had arrived by Friday night. The 2017 speaker reception took place at a pizza-and-gelato bar called Hot Italian. (Naturally I couldn’t eat anything there, but after the reception my husband and I had a lovely dinner at Orchid Thai up the street.)

This event is where the speakers collect their badges and speaker gifts and have a chance to catch up with the people they know and meet the people they don’t. My favorite new person to meet was Verious B. Smith, a meetup organizer and the winner of the “coolest name” award.

The down side to the Sacramento Convention Center is that it’s huge, and if you didn’t pay attention to the email telling you which entrance to use, you had to walk through a lot of musty halls crowded with people going to to take credentialing tests or attend nail expos. The up side is that WordCamp Sacramento had the whole of the 2nd floor. The meeting rooms were neither too dark (as at WCSac 2015) nor too light (as at WCSac 2016). Everything was on one hallway and easy to find–and there were even enough women’s bathrooms.

In general, though, the place is nicer outside than in, with a sculpture garden populated by replicas of famous works, and a curiously Ozymandian display of public art outside the 13th Street entrance to the west lobby.

Warning: count(): Parameter must be an array or an object that implements Countable in /home/rhymesw6/public_html/wpfangirl.com/wp-content/plugins/testimonials-by-woothemes/classes/class-woothemes-widget-testimonials.php on line 87

What People Are Saying 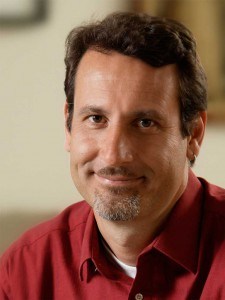 I am blown away. Your explanations for how to add our slides and a new event to the BACN website are great! This is a great leap forward.

I also checked out the dev website on my phone and it looks great! Thank you so much for the great work! As I said… I’m blown away!!


More in this series: