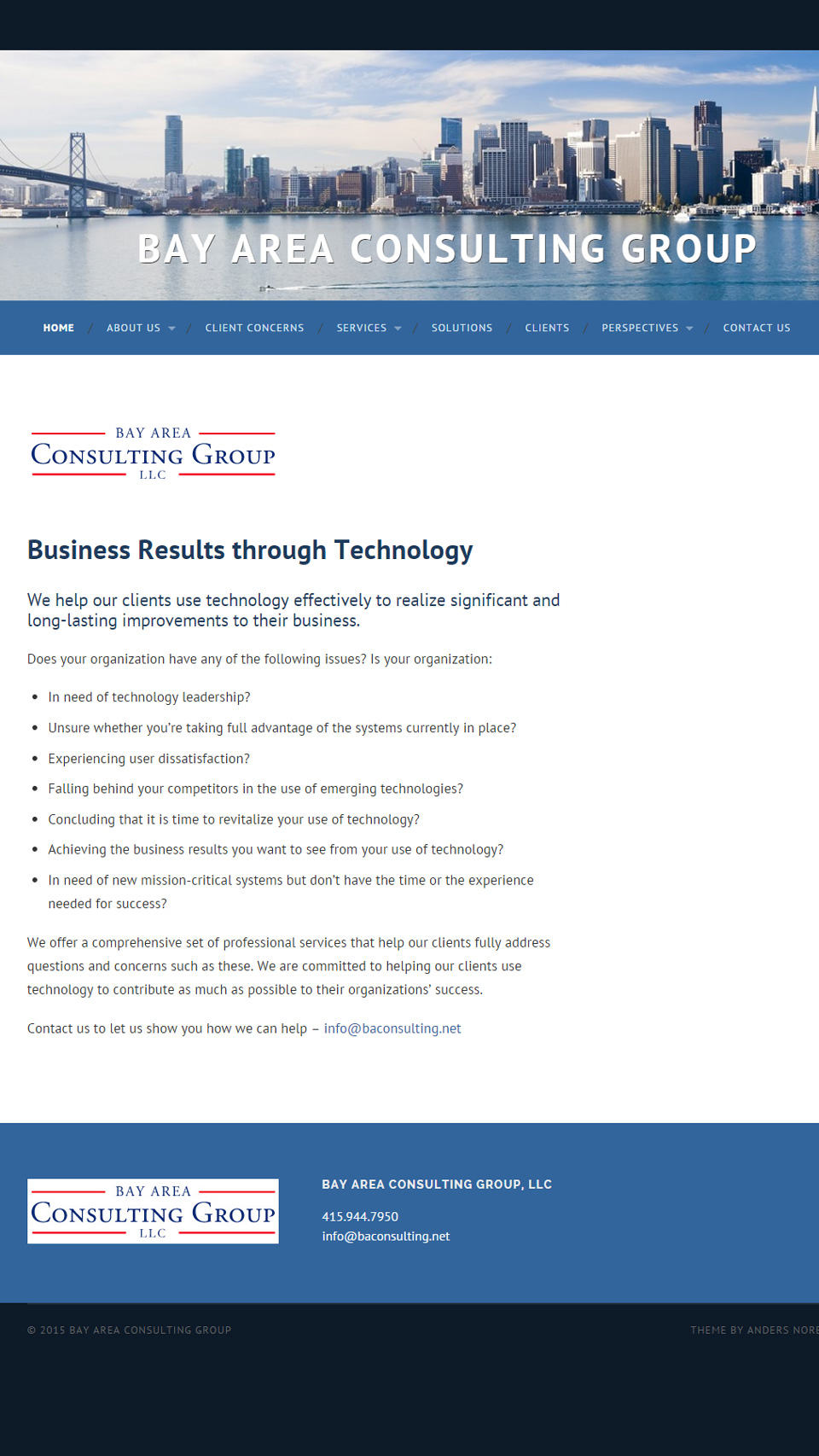 The Bay Area Consulting Group had started out with a Joomla site, which was ported somewhat awkwardly to WordPress. They started running into problems when trying to update the site’s footer menu.

Some of the problems resulted from their appalling hosting at Yahoo, which kept giving “site inaccessible” errors and which was never designed for installation of WordPress in the root directory. After some discussion, we put the new site onto SiteGround, which involved a few adventures in DNS and mail server settings.

What’s more, their contact form wasn’t working. (Since it was a very simple form, I used the free Ninja Forms plugin.)

The previous WordPress site not only looked dated and suffered from errors, it was not mobile-responsive. After a brief discovery process we determined that it would be more cost-effective to switch to a new theme than to try to fix the old one.

In the course of importing the old BACG site content to my development site, I discovered that there were broken links to images and files from the Joomla site. Most of those images were nowhere to be found, so I took them out; the client was able to find some of the PDF files.

The result is a clean, functional, businesslike site.

The new site uses a slightly modified version of the Hemingway theme by Anders Noren. I mainly changed colors and fonts. (They liked PT Sans a lot, so I used it for both body and heading text.)

I also had to reposition the headline relative to the skyline in the header image.

Normally a Custom CSS plugin overrides the main theme stylesheet, but in this case, I had to apply !important tags to far too many things.

As so often, I found myself having to add extra plugins because this isn’t a Genesis theme, but on a simple brochure site like this, I didn’t end up using many plugins at all. The site uses no blog posts and allows no comments, so anti-spam plugins weren’t required.

Before and After Screenshots